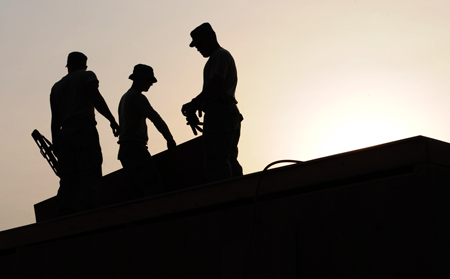 I had a client recently who bought a house where the seller did not disclose that they had done some construction work recently but neglected to get all the proper construction permits. This has caused problems for the buyers after closing and the title company they chose did not check for open permits. The client emailed myself and the realtor and said:

“I’m sorry that you keep hearing from us, as I’m sure you thought you were done with us after closing, but it really feels like these sellers did a number on us and we keep finding more wrong with this house.

The latest is that I just learned yesterday that there are two outstanding permits that the previous owners applied for when they were redoing the front porch and the front fence — but apparently they never actually got an inspector out here to approve the work and close the permits. Because the permits are still pending, we can’t get a certificate of occupancy for the house. Getting a C of O has been an extremely time-consuming and frustrating process that I’ve been involved with for the last month and change; the previous owners didn’t have one and were renting the house out illegally (surprise, surprise), so we are now trying to get all the paperwork in order before we start renting.

My question for you two is: is this something the title company should have found? If there were outstanding permits on the property, shouldn’t they have notified us of that so that we could have the sellers address the issue between contract and closing? I will contact our title company about this directly, but wanted to get your thoughts on it first. Thanks.”

The realtor responded, “I can’t speak to the title company that was used as far as their practice regarding permits, I know another company I use a lot looks for and finds these open permits and alerts us and the seller.  I would ask your title company about their practice in this area.  I will also ask the listing agent for her insights here.”

The buyer later replied, “I just called our title company. They stated that neither they nor any other title company ever looks for permits and that title companies are not in any way responsible for permits because they don’t encumber the property. They said they have never heard of any title company that does permit searches because they’re totally outside the scope of title searches. She also suggested we talk to a lawyer to see about bringing a claim against the sellers (to see if they made representations regarding permits that are incorrect), but as we’ve all discussed before, that would probably cost a lot more time, energy, and money than it’s worth. So I’m just going to leave it at that.”

I won’t bore you with the rest of the correspondence, but as of the last time I checked this continued to be a problem for the buyers. The moral of the story is to ask your title company to always check for open permits!

This entry was posted on Wednesday, March 23rd, 2016 at 12:58 pm and is filed under Title. You can follow any responses to this entry through the RSS 2.0 feed. You can skip to the end and leave a response. Pinging is currently not allowed.